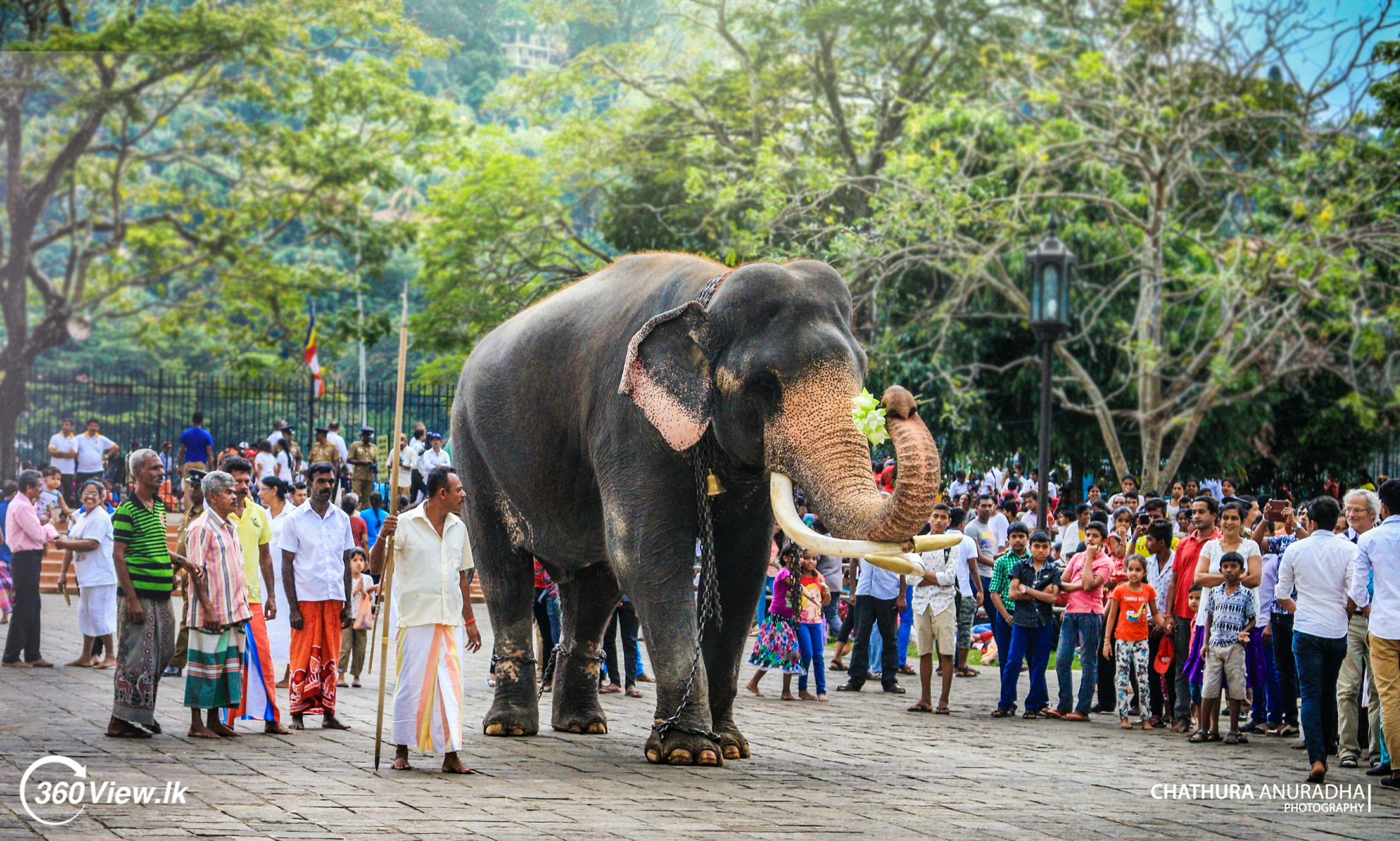 In ancient time, the first ever royal tusker recorded in Sri Lankan History is the royal tusker of King Devanampiyathissa. The sacred Relics of Buddha was first placed royal tusker and then paraded. According to the legends at one point, the tusker refused to move forward and refused to let the Relics to be taken down. Then that land was cleared and a small mound was built out of dry mud to match the height of the tusker. Only then he allowed the Relics to be placed on top of this mound.

The Culture of Tuskers

In Buddhist literature the Buddha is compared to a majestic elephant and also the Bodhisattva is symbolized through a white baby tusker who enters the womb of Queen Maya. The Jataka tales that depict the past lives of the Bodhisattva reveal how Buddha was born as a noble elephant or tusker in many births. Also, the tusker Parileyya is a famous tusker in Buddhist literature which took good care of Buddha by attending to him.

According to Sri Lanka’s folk religion, god Saman’s vehicle is known to be a white Tusker. So is the vehicle of local deity Aiyanayaka. Also, the elephant headed god, Ganapathi or Pulleyar is one of the oldest known Sri Lankan deities.

Who is the King Vasana?

Kataragama Vasana is one of the veteran tuskers to perform the ritual of carrying the Relics casket of the Kandy Esala Pageant in the temple of the Tooth. Vasana is truly one lucky giant. He is a lucky and noble tusker to be paraded in two chief Pageants in Sri Lanka which is conducted as Kandy Daladha Perahera and the Kataragama Perahera that is a rare opportunity for a tusker. His mahout Ajith Asoka and Vasana shares a wonderful bond of friendship.

Vasana was captured in a forest near Anuradhapura and then taken to the zoo. Later he was gifted by Wimala Kannangara to the Kataragama Devalaya when he was a baby tusker of year 5-6 old. It said that Vasana spends 2 to 3 hours to take a bath and is used to sleep during this time. During Perahera season, he journeys to Kandy from Kataragama in a specially made vehicle and it takes one day to arrive at Kandy. He is noted for resting his tusks while parading in a unique regal style during the Perahera.

He is also known as ‘the lucky tusker king of Sri Lanka’ or ‘Helaye Ath Raju Vasana”.He has carried the Relic Casket at a number of Kumbal Perahera and Randoli Perahera. He is also the lead tusker at Kataragama Perahera. Vasana is a real majestic tusker.