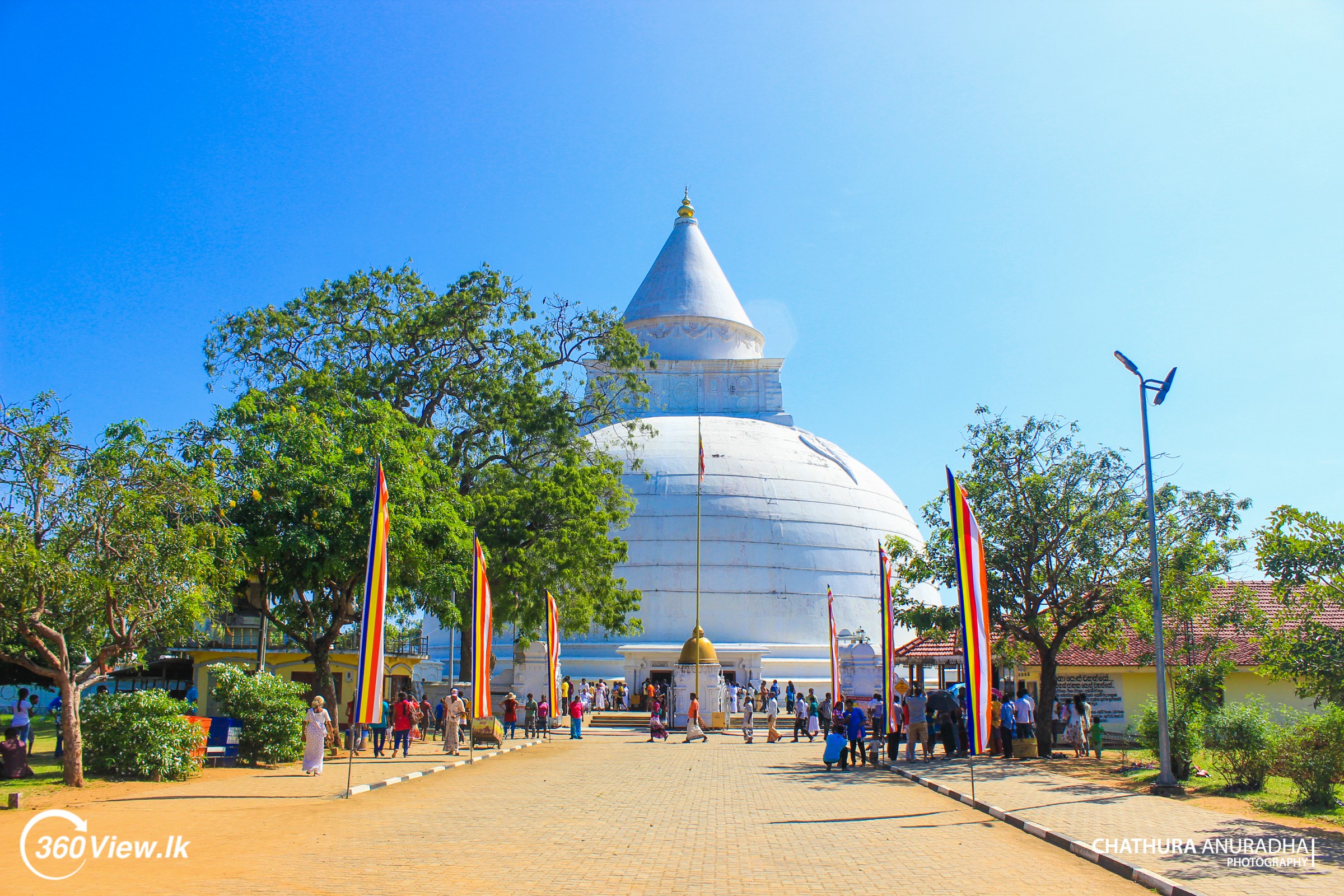 The Tissamaharama Raja Maha Vihara is a Buddhist temple in Tissamaharama, Sri Lanka. It was built in the 2nd century by king Kavan Tissa of Ruhuna which is in Southern Sri Lanka. The site was hallowed by Lord Buddha himself, who spent some time in meditation there with five hundred who have reached enlightenment as individuals.

The Tissamaharama Dagoba which is situated in the sites of Tissamaharama Raja Maha Vihara is one of the largest stupas in Sri Lanka with a height of 156 feet and 550 feet in circumference. A stupa is a Buddhist Spherical shaped religious tombstone found largely on the Indian subcontinent and also called dagoba in Sri Lanka. A recent discovery of a pillar inscription in Kirinda reveals that the left tooth relic of Buddha was also enshrined in this temple.

Mahanaga is a brother of King Devanampiyathissa. History states that when Mahanaga was reviewed the construction of Walas Reservoir who is the queen of Devanampiyathissa sends him a bowl of Mangoes with the top most one gangrenous. Her purpose was to kill Mahanaga to safeguard the throne to her son after Devanampiyathissa. At that time the son was with his uncle at the tank and child ate the septic mango and died on the spot.

The History of Raja Maha Vihara

Dreading revenge he took his pregnant wife and absconded to Ruhuna where he built up his own regional kingdom surrounding Magama area. According to histories this stupa has been enlarged by king Ila-naga renovated by King Voharika Tissa and again renovated by king Vijayabahu. The more recent restoration work of this stupa had begun due to the efforts of Wepathaira Sumana Thero revived Tissamaharama Raja Maha Vihara after making a pilgrimage to the area. He built a hut in the vicinity of the stupa and started living there to supervise the restoration works by him.

What is the Significance in this place?

By Walpita Medhankara Thero succeeded to complete the restoration of Hatharaskotuwa of the stupa and enshrined relics in it. The peak of the stupa was ceremoniously placed in 1990 and work was finally completed in 1915. It is said that an ill samanera called ‘Gautama’ in the Seelapassa Pirivena passed away and was considered in to Queen Viharamahadevi in this location who later became the great king Dutugemunu. It is also believed that Dutugemunu was born on this area.
The relic enshrined in this stupa is a subject of debate. According to popular confidence the fontal bone relic of Buddha was temporally enshrined in this stupa but later it was enshrined in the Seruvila Mangala Maha Chethiya. But a recent discovery of a pillar inscription in Kirinda, that the left tooth relic of Buddha is enshrined in this stupa. The Thissamaharama stupa is the largest stupa in the Southern region of the country with a fabulous and scared place in Sri Lanka.