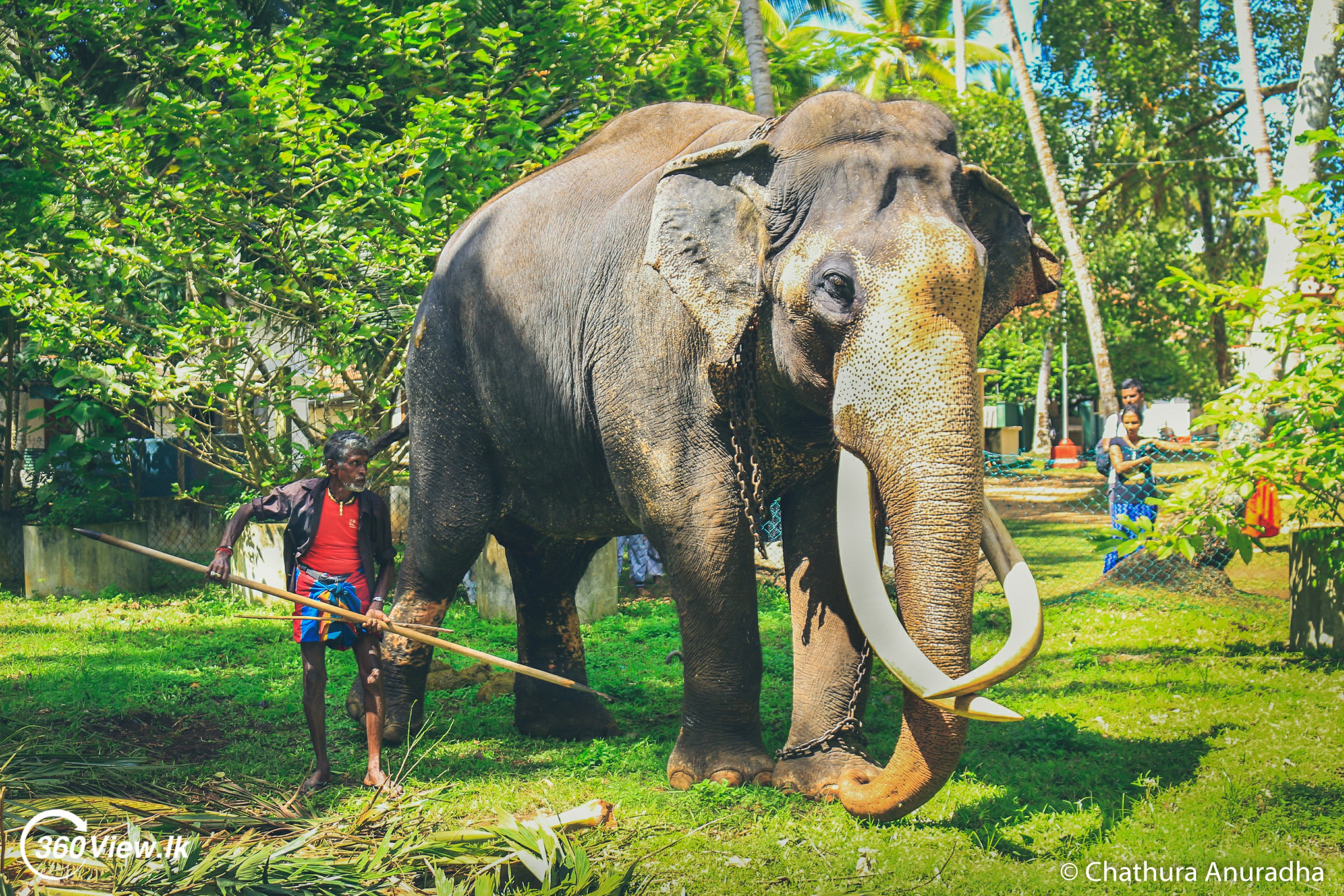 In 1953, Nadungamuwa Raja has born in Mysore as an Indian Elephant and is being lived at around 65 years old.Nadungamuwa Raja is a world famous Elephant as the tallest tamed tuskers he has. Raja is the main Elephant who is adopted the Ark in Esala Pageant. He is the tallest tamed Tusker in height of 10.3 feet in Sri Lanka and he has own armed guards.He was walked 25 to 30 km for a day and at Night is travelled mostly like him when it is cooler.

Raja is an unofficial national treasure because he is one of the few tuskers chosen to carry a casket of Lord Buddha’s relics in an annual pageant at the most sacred Buddhist shrine on the island which is the Temple of the Tooth. Raja was walked 90 km to the hill resort of Kandy for the event called the Esala Pageant. There are two regular handlers with Raja in addition to the military unit deployed to clear a path for his when it navigates crowded country roads.

Let’s go back to his story

Raja was born in the stables of Maharaja. He was one of two baby elephants gifted to a physician monk from the Nilammahara Temple in Piliyandala, Sri Lanka, who had travelled to the maharajah’s estates to heal the ailing aristocrat. The two young elephants were shipped to Sri Lanka. When the monk could no longer afford to keep the two animals, they were sold, and Raja ended up at the timber factory, perhaps to repay an ancient karmic debt.

However, the business at the factory was down and his owner had been put him up for sale. Dr. Darmavijaya was interested in purchasing the elephant and the encounter was a defining moment. Thus Raja changed owners and the year 1978 he was moved to his new home which is the grounds of the physician’s estate in Nadungamuwa in the Western Province of Sri Lanka.

Why is being specialized Raja?

The doctor noted that Raja belonged to the lofty Sadhantha Kula which means the One of ten casters of the Asian Elephant according to their physical characteristics. Sadhantha elephants are noble deemed that being of exceptional height and girth, bigger and mightier than other Asian Elephant Casts. Raja’s tusks were extraordinarily long and crossed and it is also a mark of distinction. Most importantly, he was displayed the seven extremities as legs, trunk, tail and male organ-touch the ground when he is standing. These markers of Elephant greatness was made him suitable for sacred ceremonial duties. He held his head high not bowed like other elephants and his back was broad and flat.

However a new page was turned in Raja’s life. Now a native of Nadungamuwa became Nadungamuwa Raja or the King of Nadungamuwa. Raja was participated in lots of pageants and colorful religious processions that is the most often he is bearing temple’s sacred relics. He has been received a special training for doing that role. For many years he had been carried the Ark, casket enshrining the sacred relic of the Buddha for many island’s major pageants such as the Bellanwila, Pita Kotte and Nawagamuwa Pageants.

The year 2005 marked his crowning glory, when Raja was assigned the honor of being the central tusker carrying the Relic bearing the sacred tooth relic of the Buddha at the Kandy Esala pageant, the Island’s most important and spectacular pageant featuring over 100 elephants, dancers and drummers. He has carried out this task regularly ever since, and will do it once again each year.