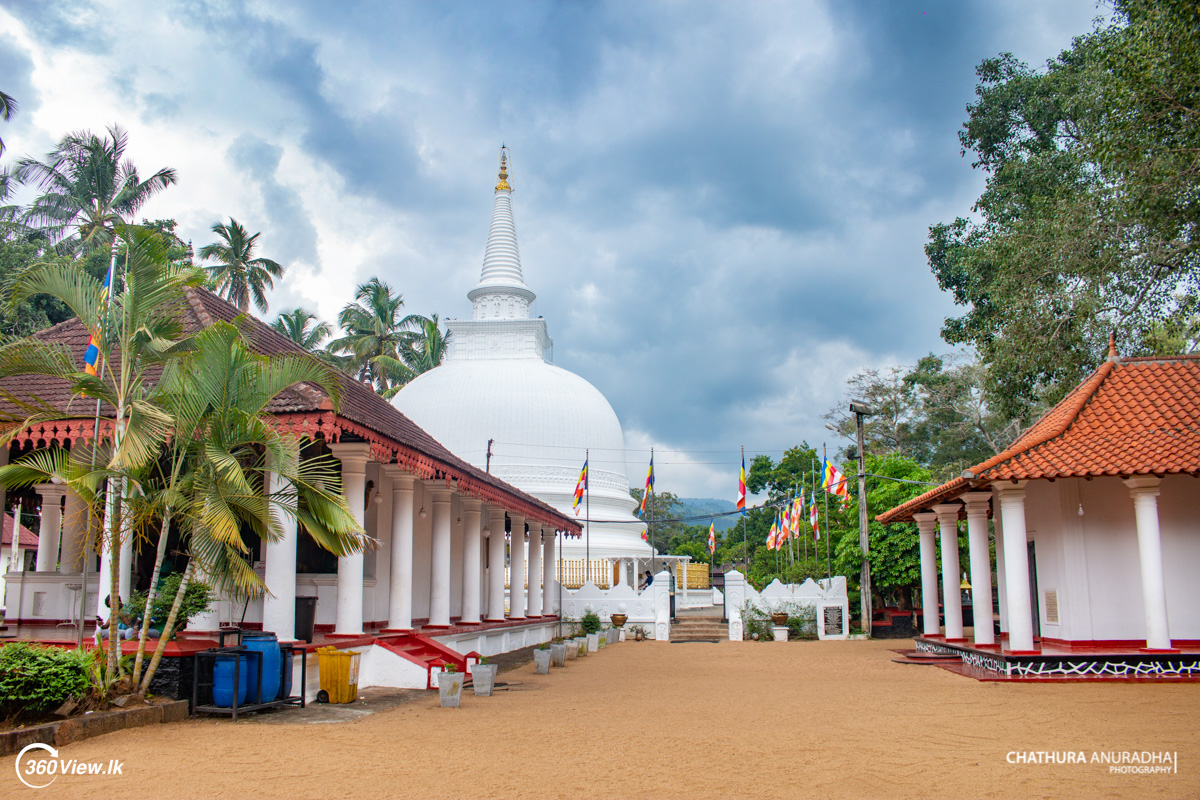 It gives a diverse experience and pleasure while engaging with primordial creations.Muthiyangana Raja Maha Viharaya is an ancient templehaving tourist’s attention consisting of sacred Bodhi, Makara thorana , a stupa, and an attractive perahera. It is situated in Badulla by giving an ancient value to Badulla town and other iconic sites.

How to get to the Muthiyangana Raja Maha Viharaya

If you’re willing to visit Muthiyangana Raja Maha Viharaya by train,then you have to get the train from Ella to Badulla. Generally, It gets about 1 hourand 54 minutes to reach Badulla Railway station. It’s better to travel daytime since there is the ability to watch the scenic beauty in that area. This sacred temple is situated in the middle area of Badulla town in the Uva province,Sri Lanka. Hence, It is within walking distance from the Railway station in Badulla and It’ll take 14 minutes.

This temple was built in the 19th-18th centuries BCE. It is reported that king Rawana was controlling the country by keeping Badulla as the capital. It is presupposed that it is to be a place where lord Buddha visited. This temple is known as one of the solosmasthana.

Lord Buddha was invented to visit Kelaniya by Deva King Maniyakkitha. On that journey, Buddha was invited to Badulla by Deva King Indaka. At the request of King Indaka, Some hair and Mukthaka dathu were given by Buddha to Indaka. Now, He is known as the god of the Namunukula Mountain Range and the Muthiyangana Raja Maha Viharaya. This temple is mentioned in detail in Samanthapasadika.King Dhathusena,King Wijaya Bahu, and King Parakkramabahu were taken place in rebuilding this temple. There is Makara thorana(dragon) at the entrance of this viharaya. That is tourist attractive creation and it is consist of six levels. In the second stage, there are dragon figures and it is believed that gives protection for this temple.

The historical appearance was lost due to the renovation of this stupa in 1960-1970. The renovated stupa is 65 feet high and 270feet in diameter.

There is an attractive perehera which is held on annually and it plays a major role in getting the attention of tourists.

Things to do near Raja Maha Viharaya

Badulla is a city that consists of several waterfalls. Dunhinda is one of the most wonderful waterfalls in Badulla. It is only 5km from Badulla town. Dunhinda falls is about 64 meters high and there is the possibility to visit Dunhinda any time of year. Dunhinda originated from Badulu Oya.  When visiting this place, It has to be gone 1km from the entrance to the Dunhinda Ella.

This is located in 1141m in high. It is like structure of Sri Padhaya. Hence,This is also known as Punchi Sri Padhaya. By visiting here, It is possible to have an adventures experience. It’s better for visiting in the morning to enjoy with scenic beauty.

Sri Lanka National Flag :  Everything You Need to know About it