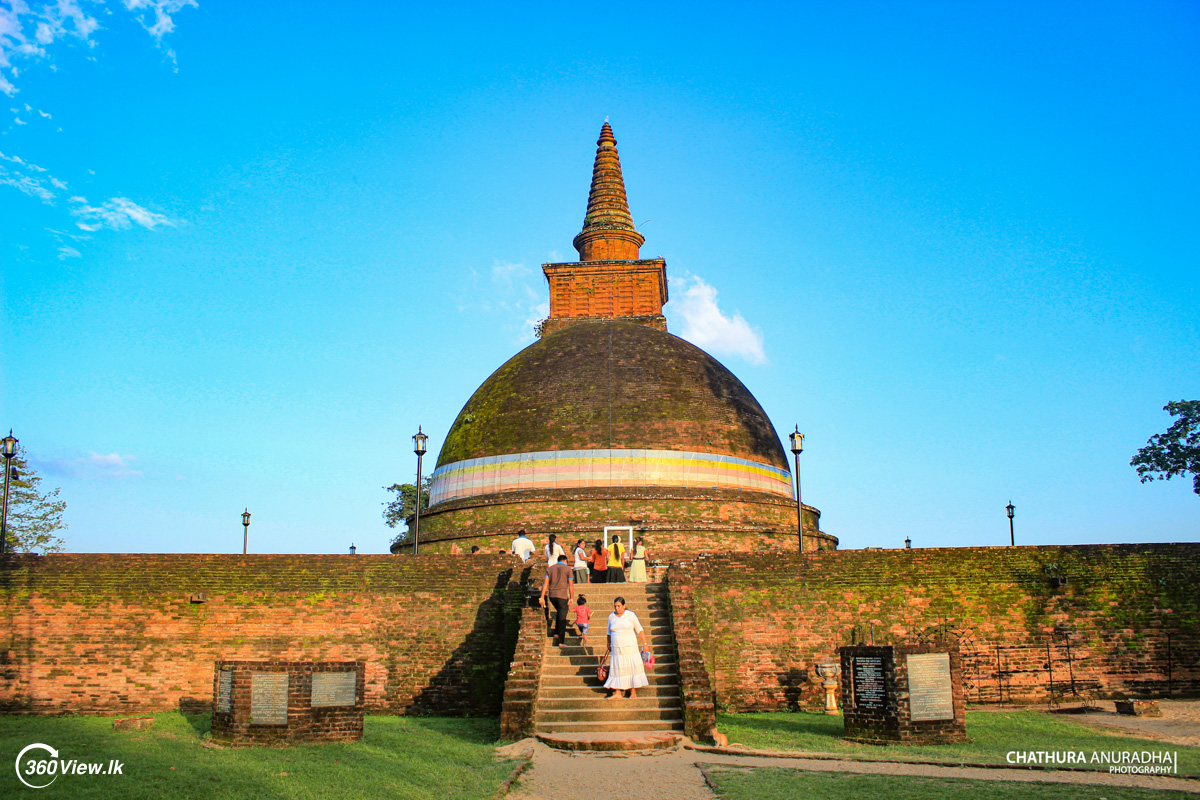 Exploring a district which is having a pre-history gives a unique experience for travelers. Monaragala is such a district that belongs to a great history of kings and what they did and they built. Dematamal Viharaya was built by King Kawanthissa and was having a great ancient story.

How to get to Dematamal Viharaya.

There is another route via Jaffna road. It starts from Colombo-Kandy-Jaffna road and to the relevant place it consists of 55km and gets 1.30 hours to cover.

Dematamal Viharaya dating back to the 2nd and 3rd centuries BC is located in the middle of a paddy field in Uva Wellassa province. Mahaviharaya, Sithulpauwa, Kumaliya, Gamittahwaliya were built by King Kawanthissa. Later,it is reported in Pujawaliya that Damittah Waliya became Dematamal Viharaya and theros who were in this Viharaya were treated well by King Kawanthissa. It mentioned that after the fighting between King Thissa and King Gamunu occurred, King Thissa hid under the monk’s bed in this Viharaya. In later times, this temple became a Rajamaha VIharaya. Genius creationswere there at the entrance of this temple. It is mentioned in the wars of King Parakramabhahu about this Dematamal Viharaya. This Viharaya declined due to the Baminithiya famina and the Chola invasion and also an area of about 06 acres became an archaeological site in 1978. During excavations, other ruins of Dematamal Viharaya, a small compound of the temple, meditation cells of monks aboded ancient Buddha statues,and a Bodhigara were founded here. When the middle compound was excavated, there was a bowl,it was used for keeping the treasures. A piece of gold jewelry, clay pots, a structure of a tortoise, two structures of bronze lamps, and a few gems were inside that bowl when it was excavated.

Things to do near Dematamal Viharaya

Uwa Wellassa province is consist of several ancient monasteries. Yudaganawa is not a much attractive place but when tourists engage in cultural tourism, they are fond of covering ancient places in Monaragala district. The shape of the stupa is different from other stupas in Sri Lanka and it is one of the colossal stupas in Sri Lanka. There is a lake near this Viharaya called ‘Yudaganawewa’. It is reported that it was the place where King Thissa and his brother King Gaminifought each other to come into power.

Maligawila Buddha statue was built by Prince Aggabodhi in the 7th century and a temple called Pathmavihara was also built by him.  This is a standing statue of Buddha andalso it was made from carved limestone rock.In 1951, it was damaged and rebuilt in 1991.The Maligawila Buddha statue belongs to the village of Maligawila in Monaragala district which is an attractive place for pilgrims.

What are the Benefits of Virtual Tourism