Ruwanweli Maha Seya -The Sand of the Gems 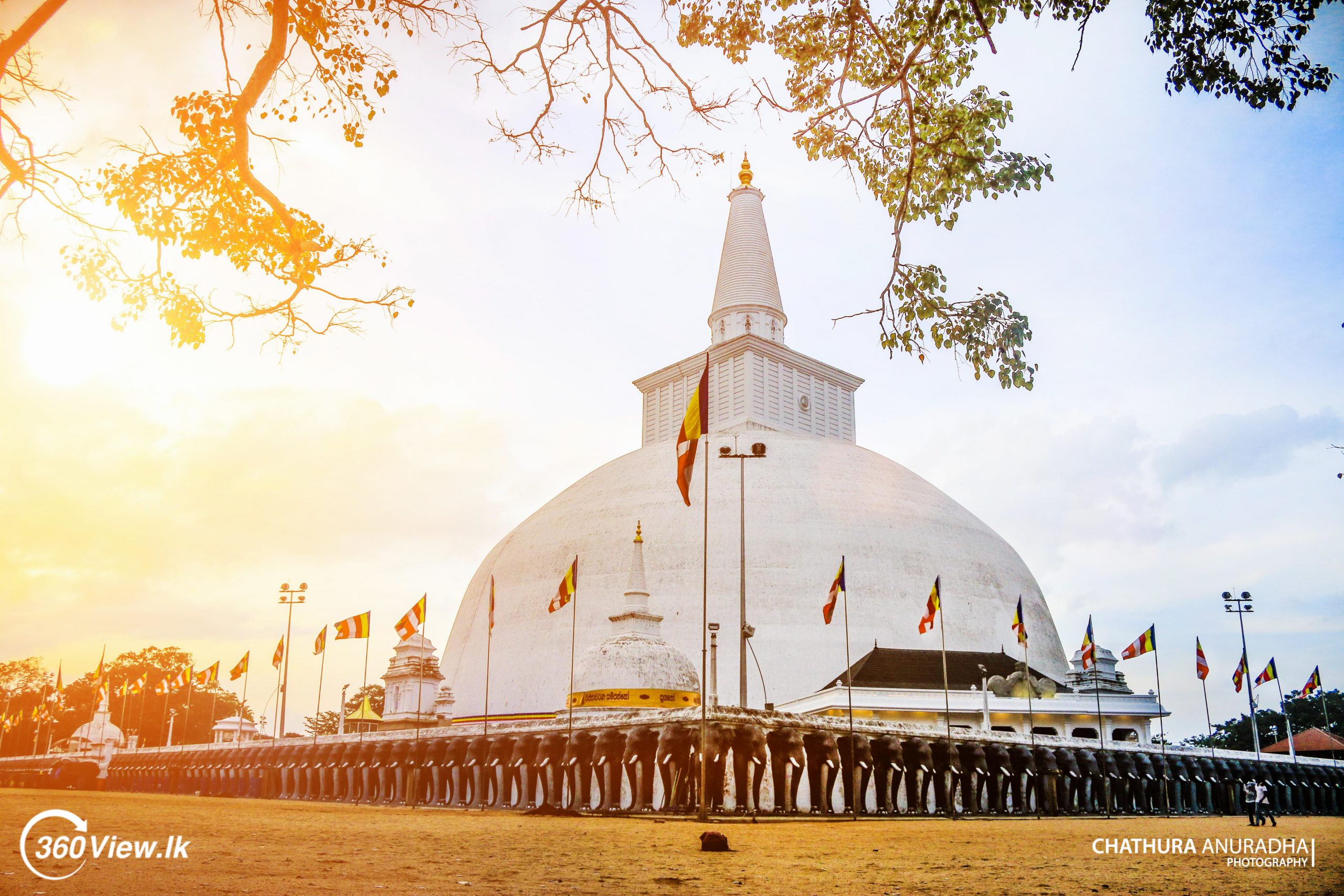 The most venerated Buddhist site in Anuradhapura is Ruwanweliseya Temple which is next to Sri Maha Bodhi.  The Ruwanweli Seya was built by King Dutugamunu who reigned from Anuradhapura. It is a stupa and a hemispherical structure containing relics in Sri Lanka that is considered sacred to many Buddhists all over the world. The Ruwanweli Stupa is the largest collection of his relics anywhere. It is also known as “Mahathupa”,”Swarnamali Chaitya”,”Suvarnamali Mahaceti” and “Rathnamali Dagaba”

After the defeat of Elara who is in South Indian invader and bringing the whole country under one rule by the great warrior King Dutugemunu. The building of Ruwanweli Seya has been given the most prominence in most ancient texts in Sri Lanka. The stupa is one of the world’s tallest ancient monuments that standing at 103m and with a circumference of 290m. The Ruwanweli Seya was a ruin in the 19th century.

King Dutugamunu didn’t live to see the completion of this massive stupa. When the King fell ill, he sent his brother to complete the work of the stupa. On King Dutugamunu’s death bed  that he wanted to see this stupa and his brother covered the whole dome in white cloth and constructed the upper portion of the stupa in bamboo and painter it in imitation gold and carried the king to the stupa to show the ”competed” stupa. After the Kings death the Saddhatissa finished the remaining work.

Ruwanweli Maha Seya as the locals say is one of the gems of Sri Lankan Culture and Heritage. As stated in the “Datums”, Ruwanweli seya contains eight of the relics of Buddha that making the most sacred place among the Buddhists next to the Temple of Tooth Relics. The Legends say the stupa derived its names due to the content of its invaluable treasures such as gold, Jewels and silver.

The Ruwanweli Maha Seya is located in the central podium of the site which is paved with smooth granite and it is said to have had a vatadage to protect the worshipers but with time it has been destroyed. As state in Thupawamsa land in which the Swarnamali Maha Chethiya was built. It was said to have the scared touch of four Buddhas. They are Gauthama, Kashyapa, Konagamana and Kakusanda. Hence it could be seen that in the shrine when there are four Buddha statues of the several Buddhas. Furthermore, this stupa is built as a tribute to the Maithree Bodhisattva, King Dutugamunu, King Elara and the Queen Mother Vihara Maha Devi.

The Best time to visit the Maha Seya is during the full moon poya days as the whole temple compound is filled with flowers and scented air, will bring tranquility to mind. Even if you are not a Buddhist devotee it is a must visit place to spend more hours to calm your inner spirit of your Life. If you are lucky to spend a poya full moon night in its precincts it is an experience to treasure.

The night is cool with a slight chill breeze so much in contract to the warm uncomfortable Rajarata Mornings. An early morning stroll in this area through forests of lost columns, stonework. Elaborate carvings, ponds and pathways are overwhelming.  However, the stupa of Ruwanweli Seya is the most attractive and scared place next to Sri Maha Bodhi in Anuradhapura, Sri Lanka.  Definitely, this journey will be an interesting more than others that you like to visit!