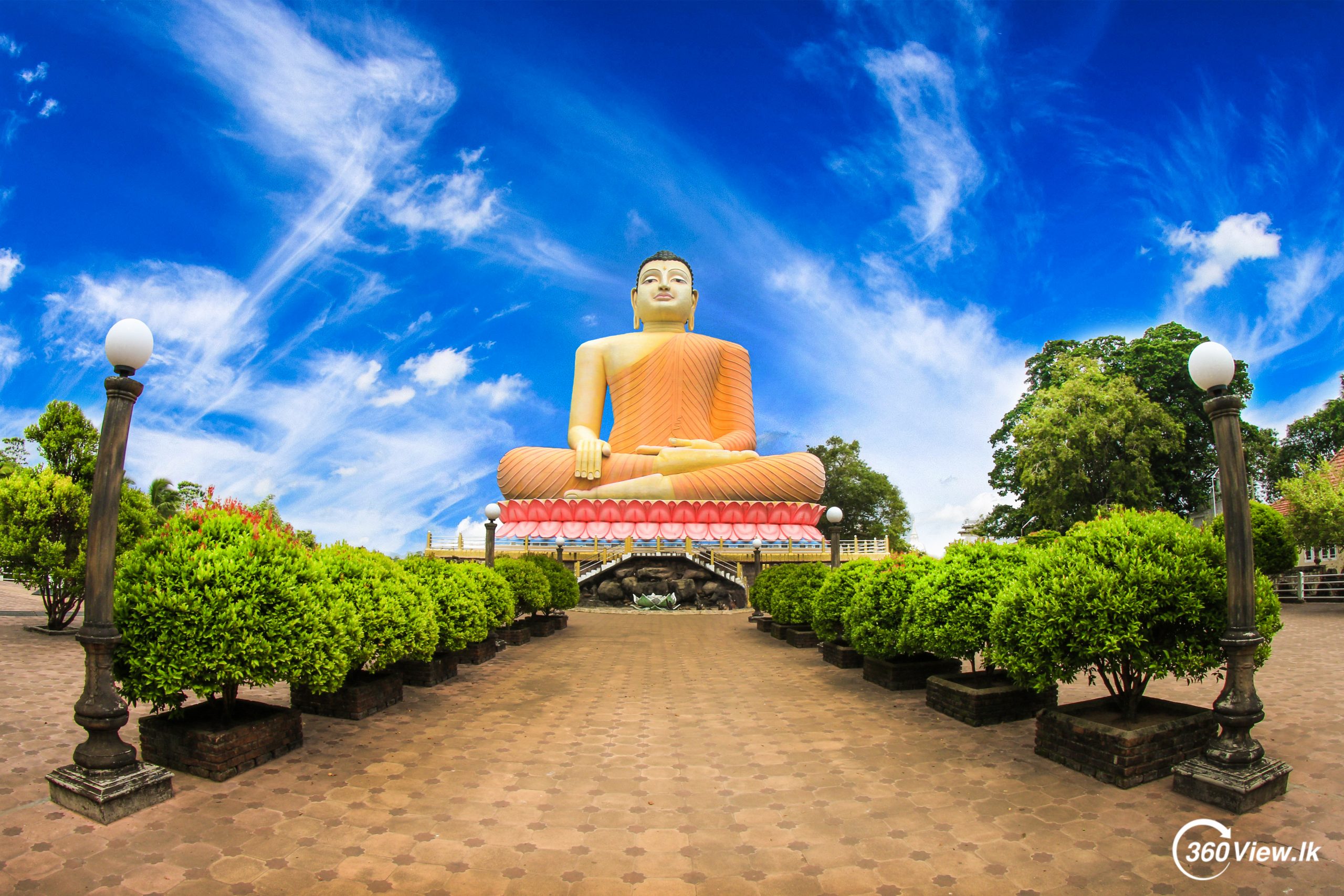 Aluthgama Kanda Viharaya is a one of the main Buddhist temple in the Kalutara District. There are several ways to reach the Kanda Viharaya and the road near the Kaluwamodara Bridge on the Galle-Colombo main road is much easier to use.

The history of this temple can be traced back to the Galpatha Rajamaha Viharaya in Bentota. The Kanda Viharaya was started by Ven. Karapagala Devamiththa Thero. That was in 1734. He was a student of Dedduwa Dhammananda Thero who lived in Galapatha Viharaya. (This Galapatha Viharaya was known as Galathurumula Viharaya in the past.) The Ven. Karapagala Devamiththa Thero was a student of the student generation who was associated with Ven. Sri Saranankara Thera.

This temple is called the Kanda Vihara (Mountain Temple) since the temple situated on a hill. The name Kettharama Kanda Viharaya (Kshettraramaya) is popular among the people, Because of the temple built on the mount and in the past this vast plain was covered with fields.

In view of the historical value of this temple, The Bodhi tree that resides here is special. This is because this Bodhi tree is a sub-branch of one of the thirty two Bodhi trees of the Sri Maha Bodhi. The Kanda Vihara Bodhi tree and the Kalutara Bodhi tree are considered as contemporary Bodhi trees.

The Dhatu Mandiraya located to the south of the Buddha Mandir can be mentioned as a special place of this temple. It is believed that the sacred relics of Lord Seewali are placed in this shrine.

The stupa found in the Kanda Viharaya is also a special. Because, It is believed that there is a small stupa in the present stupa. It is said that the stupa was built in 1734 by the chief incumbent of the Galapatha Vihara, Ven. Udugama Chandrasara Thera.

Not only that, The Sri Vishnu Maha Devalaya is popular among the people in the area as a miracle temple. The Kanda Viharaya has been worshiped for over three hundred years and it is a common sight today that a large number of devotees come here to worship the temple and pay homage to Vishnu Devalaya.

The statue of Samadhi Buddha which was started in 2002 has become famous not only in the area but in all parts of Sri Lanka. The statue was completed in 2007. This statue of Buddha depicts the Bhoomisparsha Mudhra and it’s 107 cubits high.

The temple also houses a Pirivena where hundreds of Buddhist monks are studying and a museum containing antiquities. Near the entrance of the museum, there is a Bodhi tree with three Na, Asathu and Nuga trees. Apart from Vishnu Devalaya, there are other Devalas in Kataragama, Gambhara, Ganadevi and Pattini. There is an annual Perahera organized by the Kanda Viharaya.
It is a traditional procession held by the villagers for many years in the month of April. It’s main objective is to wish everyon prosperity.

The Kanda Viharaya has always been revered by the people and this Buddhist temple attracts both local and foreign tourists visiting Aluthgama. So, It can be said that the Kanda Vihara is one of the most magnificent places in Aluthgama.