Nine Arch Bridge – The Bridge in the Sky 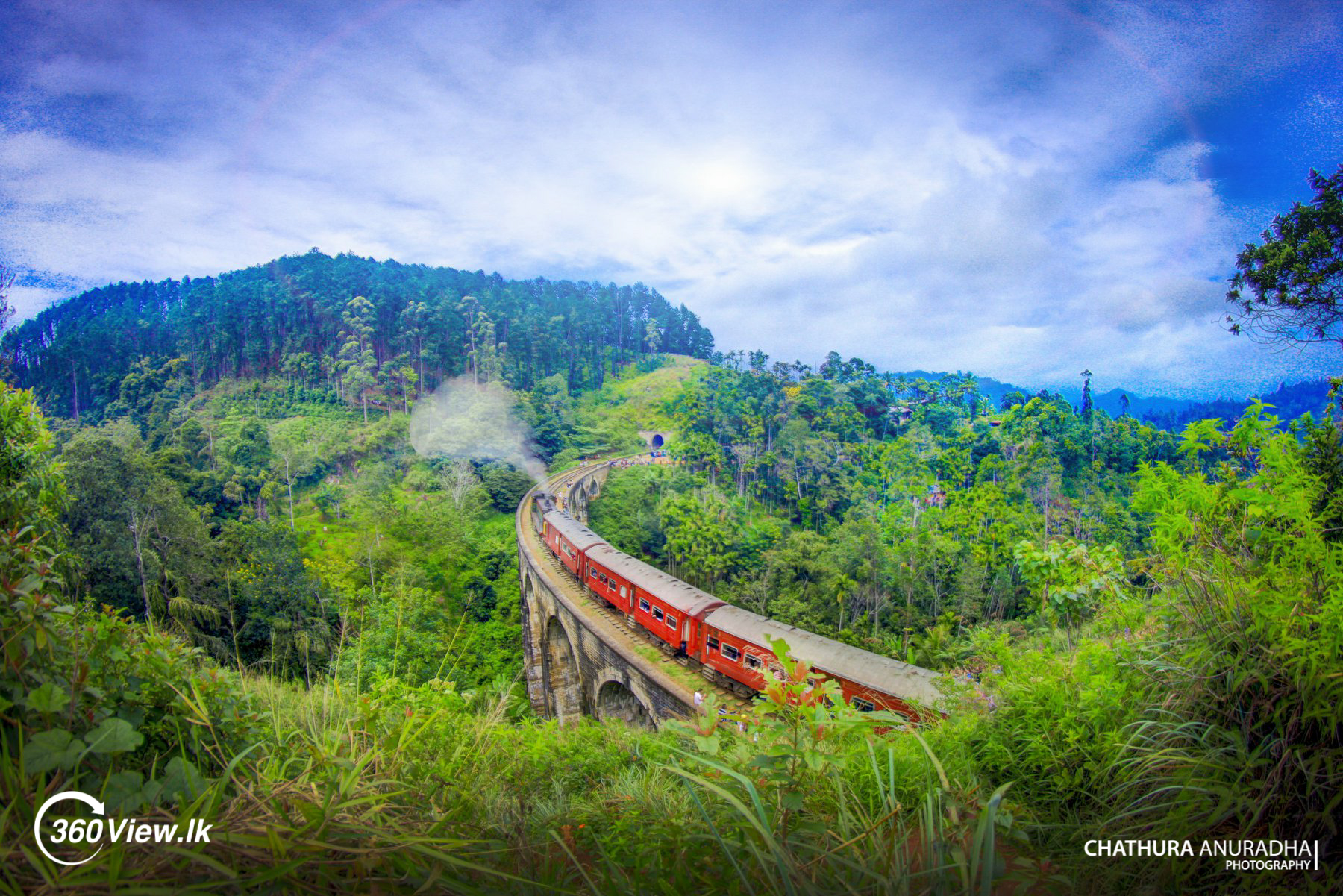 Elle is turn out to be one of the major tourist hotspots in Sri Lanka. Most of people also love to hike the similar places of such as Ella Rock and Little Adam’s Peak. However, it has a super attraction that hidden gems and laid-back vibes of the town which keep people in Ella for up to a week at a time.

The exclusive attraction is the Nine arch Bridge in between Ella station and Demodara Station. It is situated in Ella is on the Demodara loop and spans 91m at a height of 24m. Lots of people called this place as the bridge in the Sky. And also, this stunning nine arches make it as a very pretty spot specially which is placed in a dense jungle and agricultural setting. Behind the railway, a forest is booming and tea leaves are been cultivated.

Many tourists love to visit this view and they definitely want the ultimate Sri Lanka train experience. However, the bridge is actually relatively close to the main street in Ella town. This amazingSky bridge was constructed at Gotuwala between the Ella and Demodara stations during the British Colonial time period. It is known as “AhasNamayePalama” that is meaning of Nine skies Bridge in Sinhala. The name derives from the visual experience. When you stand under the bridge and look up, you can see the sky through the nine arches.

An Exclusive part about this bridge is that was constructedfullyby rocks, bricks and cement with no use of steel or metals throughout the structure. The bridge was made to order in 1941 and the story goes that as the bridge was being planned World War that was broke out. The steel and metal materials designed to be used in the bridge were reallocated to be used for military purposes. The materials were then assembled in the form of rocks, bricks and cement to make sure the bridge construction still went ahead.

And also, it is a great spot for drone photography and videography to visit the Views of that speechless surrounding. A rather unknownStory was published in the newspaper about the origin of this bridge. According to an article, the construction of this bridge was given to a person call P.K. Appuhami living in Kappatipola in Melimada.Appuhami was born in 1870 and has been famous as a drummer and a devil dancer. He has lost a drumming competition toother drummer during a thovil ceremony and has reimbursed home in the traditional devil costume.

Lots of foreign and Local tourists gather around and on the bridge in the hour before one of the trains is scheduled to pass over the bridge. On the day that you can visited the train was scheduled at 12.30 pm but it was as hour late. There are number of cafes in the hills with the viewpoints of the bridge but down at the bridge is where you wanted to be. The Nine Arch Bridge has a huge bend in it whichis standing on the side of the bridge bends away from makes for the best photos and emphasizes the arch.