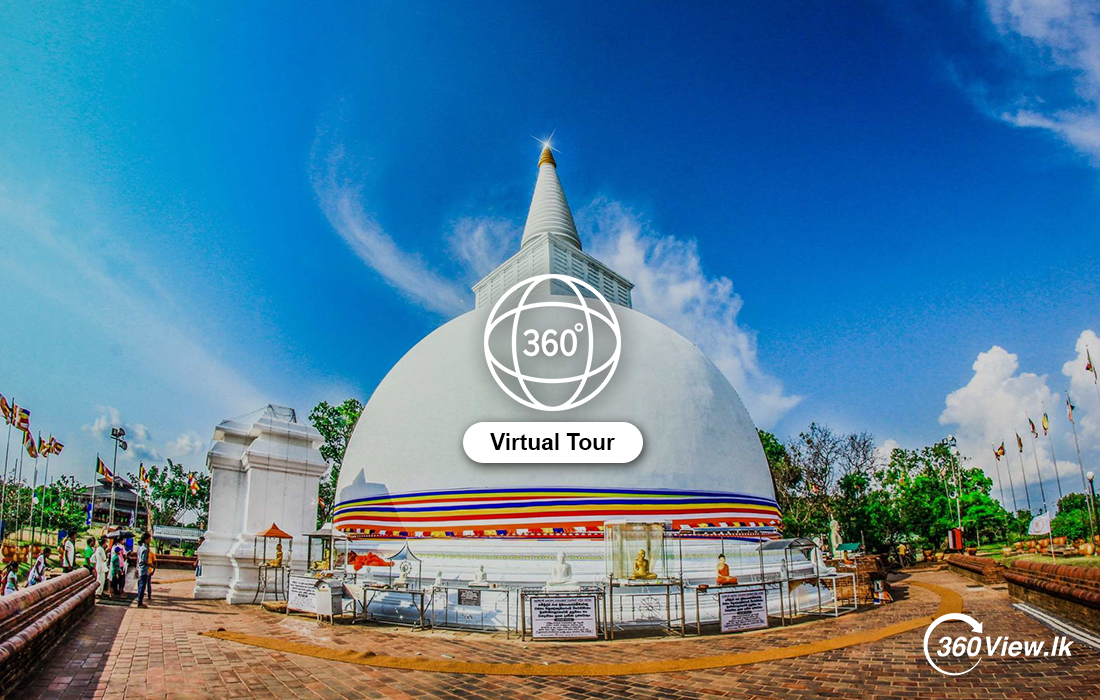 The Somawathiya Chaitya is a Buddhist Stupa situated in the ancient city of Polonnaruwa. The stupa was said to have been built by King Abhaya for his wife, Queen Somawathie as a place of worship. It is said to have enshrined the right tooth relic of Lord Buddha. It has been renovated over the years, but you will observe a deep cleft left visible in the stupa, displaying the ancient bricks of the original stupa structure. Its recommended to go Somawathiya in dry season, because there is a probability that the area get flooded during the raining time.

We are eager and happy to share with you our collections of Virtual Tours of Sri Lanka .We wish you a magical journey with our Portal. If you enjoy this Virtual Tour and would like to experience more Heritage, show your support by sharing this.