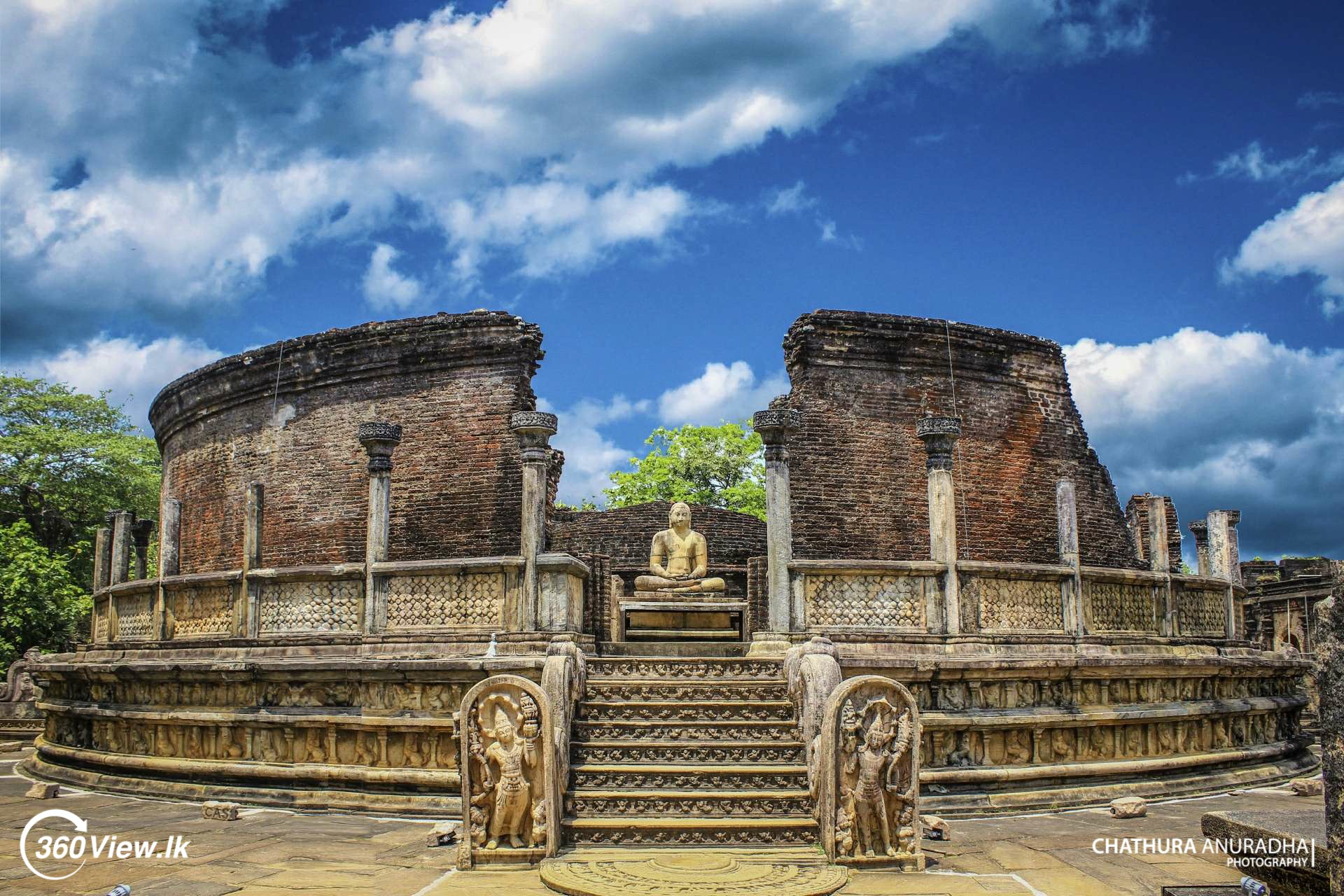 The Polonnaruwa Vatadage is famous as a palace built by king Parakramabahu in the period of Polonnaruwa kingdom. It is in this artifact that the sacred tooth relic of Lord Buddha was enshrined. This building is a great place to intensity the artistic talents and skills of the architects which is in 12th century. From the moment, you step into this beautifully constructed Vatadage when everyone will be amazed at the miraculous feelings.Upon the entering the Vatadage that you can see a beautiful moonstone (sadakadapahana).A new moonstone that the cattle have removed which has been erected. By that time Indian influence had spread in Sri Lanka and a high acceptance of Hinduism had been created in Sri Lanka.

According to Hinduism that the bull is treated as a deity and the cattle have been removed for the bar to honor the religion of Tamil People. There are also two ornate guardstones (Muragals) on either side of the Moonstone. There is also an eight foot Staircase of stone that has been decorated by garneting.

According to many archaeologists, the bones are said to be separated from the stone staircase atazyl. The polonnaruwa Vatadage consists of two Platforms as lower and upper platform. Although the lower platform that has four subs Entrances which has been enshrined the tooth relic of Buddha.

And when we get to the upper platform that we feel a sense of beauty even we can’t see. Once you get a better understanding of the past then you will begin to create images in the minds of viewers.

According to some archaeologists that the appearance of the stones on which the upper platform was built has been attributed king Nissasankamalla. However Archaeologists say that the walls of the upper platform have been decorated withJems. It is also believed that timber was used to cover the roof of the Vatadage. In the end these historical creations were destroyed due to political affairs during the period of polonnaruwa Kingdom.