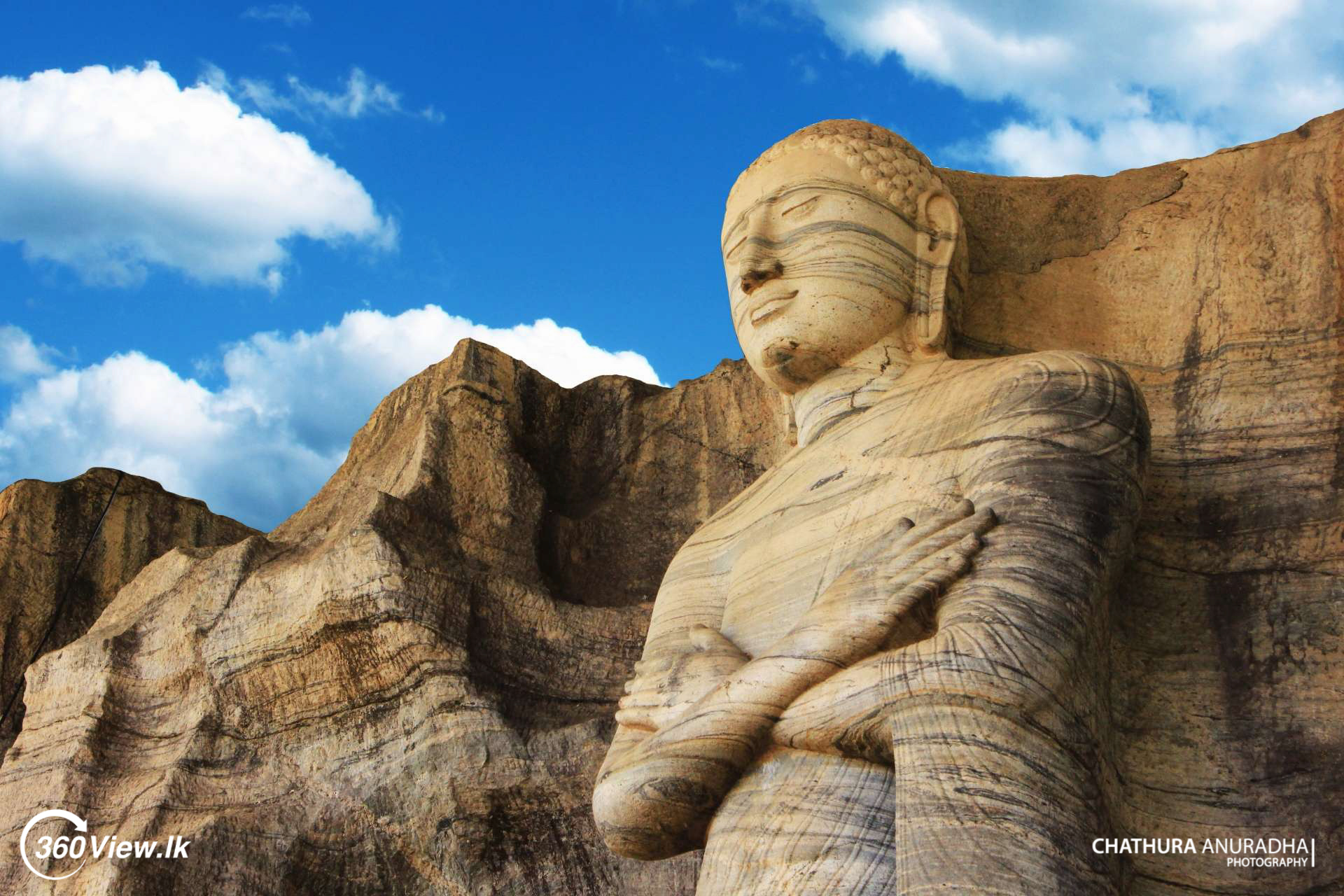 The Gal Vihara is a group of beautiful Buddha status in ancient city of Polonnaruwa.  Polonnaruwa Gal Vihara is famous a place built by King Parakramabahu in the period of Polonnaruwa Kingdom. Gal Vihara is like a numerous other Buddhist shrines of Sri Lanka that is a shrine of Theravada Buddhism. Then again Gal Vihara testifies to the influence of Mahayana Buddhism during the 12th century. Gal Vihara is a cave complex which about 27 m in length and 10 min height at the center and sloping towards the ends, with sculptures carved on the solid rock in four shrines.

Gal Vihara is a great place to intensity the artistic talents and skills of the architects who is in 12th century. In Polonnaruwa, Sri Lanka is the most perfect specimen of Buddha statue hewn out of solid stone. Gal Vihara statues are still in wide-ranging preservation with their desirable charm and sublimity. It is irrefutable that the sculptors of Gal Vihara were of greater skillfulness and expertise in the art of stone sculpture in Sri Lanka. Gal Vihara images at Polonnaruwa have brought about higher level of awakening in the observers with respect of Buddhist art in Sri Lanka.

Gal Vihara consists of four cave shrines with sculptures hallowed out of a granite rock. Such as, Cave of Vijjadharas Excavated Cave, Cave of Standing Image and Cave of Reclining Image. From the moment, you step into this beautifully constructed Gal Vihara when everyone will be amazed at that miraculous feeling. Between the Excavated cave and the Cave of Standing Image is an inscription. In front of the Excavated Cave are residues of a pavilion. Through the brick walls of the four shrines had misshapen centuries ago that the foundations remain as the evidence that each statue was separated from one another.

The first statue of the Cave of Vijjadharas, you will come across is seated Buddha in consideration on a Lotus. The rock behind the statue is decorated with carving of “Vimana”. Four smaller statues of Dhayana Mudra can be seen on these decorations above the head of main image. The main image depicts the chief of reflective Buddha’s titled Dharmadhathu, Adi Buddha, Vairocana and Vajrasttva.

The second statue of the Excavated cave too houses an image of Buddha in Dhayana Mudra or meditative attitudes shaped out of the rock boulder. It is about 15m in height caved into rock. On the sides of the statue is two deities and it is believed this carving represent the Buddha’s Visit to heaven was called”Thusitha” to his mother.

The third statue of the cave of standing Image is rising to 7m in height herein that stands on a lotus platform called “Padmasana”. It signifies that Buddha is inspirational being. Cave of standing image is at the head of the huge reclining Buddha. The standing statue’s placing of arms across the breast has caused argument as to the identity of the statue. The Early archeologists believed the statue that was of” Ananda”.

The last statue of the cave of Reclining image of Buddha at this cave is 14 m long.  The statue carries supreme grace and peacefulness. The arguments are over the considerable statue with respect of Buddha’s posture of passing away. And also, the posture of reclining was established the great statue at this cave. Buddha statue with lotus symbol in the palms and feet that is sculpted in the position called “Simhaseyya”.

However, Polonnaruwa Gal Vihara is an ancient place in Sri Lanka to identify the lot of things about our History. All the visitors can be collect information through the Guides who are in describing these places. You can gather more details from them as very interesting story. Gal Vihara’s story is very attention-grabbing to ask and enjoy these artistic creations. And also, we are kind to be protect these hesitates for our future Generations.