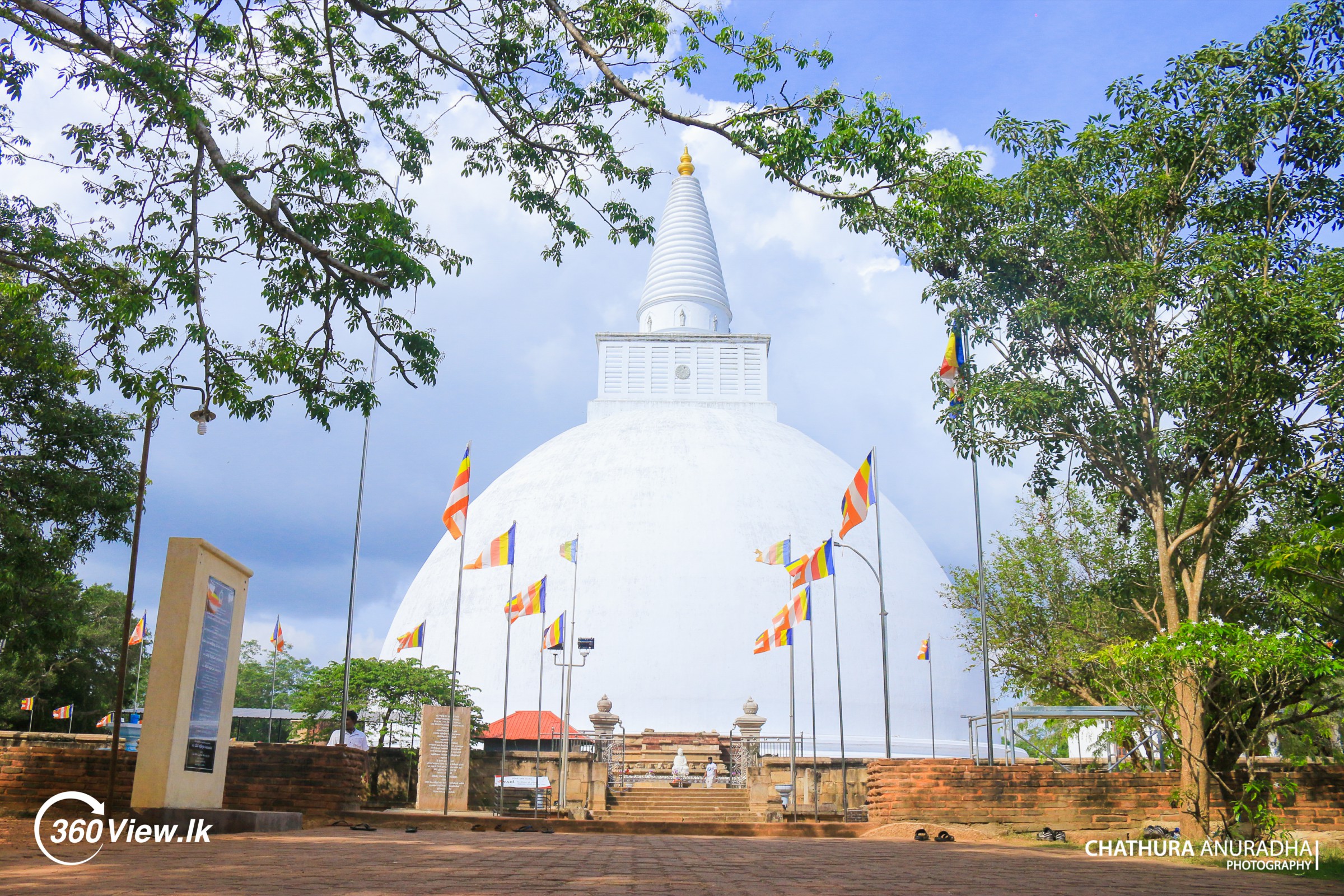 Mirisawetiya Dagaba was built by King Dutugamunu who wascontrolled during hisroyal time under a single flag.It is supposed that King Dutugamunu had a scepter that contained a scared relic of the Buddha. Despite the fact going to the tank of “Tissawewa” for a water festival of the King has established the scepter in a confidential place. It said that his men could not remove the scepter from the place when he come back.

The King wasdefinite to build a dagaba with the scepter. Therefore, it was the creation of Mirisawetiya. The most standing of the scepter is the fact that was the king’s victory scepterfor his war battles with  King Elara. By building the Dagaba shows the marvelous commitment that the King had for Buddhism and his religiousness.Mirisawetiya is the first dagaba built by king Dutugamunu.

King Dutugemunu also built the Mahavihara society.But the sacred monksin progress tolive there and it realizes that Mirisawetiya established as anisolated monastery. However, it is whispered that it would have performed as a monastery belonging to the Mahavihara Fraternity. And also, several Kings, at different breaks made renovations to the Dagaba. Among them are King Gajabahu Iwhowas put a new coating on Mirisawetiya and King Voharika Tissawasrestored the umbrella of the Dagoba and rebuilt a wall around the Dagaba.

The stupa and other structuresmandatory restoration after the Chola invasion and it said that King Kassapa V was done the restoration.King Kassapa V also said to create a massive mansion called “The Chandana Prasada” connecting the temple to house the scared hair relic which was fictional to have been brought to Sri Lanka during King Moggalana ruling time.

The Dagaba was again injured by the recurring Chola invasions and it is said that King Parakaramabahu I did aninclusive restoration and built the stupa to a height of 120 feet.The last noted renovations around that period were done by King Nissankamalla. The next centuries saw the complete fragmentation of the dry zone civilization which led to the fluctuating of the Rajarata Kingdom. The Dagaba lay in ruins for the next seven hundred years.

The unparallel imaginative value of the Vahalkada which said to be the key reason that so much sign of Mirisawetiya.During the excavations they expected to find image houses similar to what they found on the Western side and the other three sides. However, when they found that the image house on the eastern side was ruined, they got downcast and stopped the work.Archaeological sitein progress again in 1883 and at that time they initiate the ruins of two image houses of the northern and southern sides of this dagaba.

Rebuilding was again happening under the guidanceby former President R Premadasa. The effectiveconclusion of the makeover was famous in 1993 and the Dagaba was ceremonially opened on Poson Poya Day in 1993.Under the dynamic guidance of the head monk Ven. Eathalwetunawewe Gnathilake Thera was in control for many of the expansions in the last 10 years of Mirisawetiya.Nowadays, it is a must to see for any traveler to Anuradhapura.