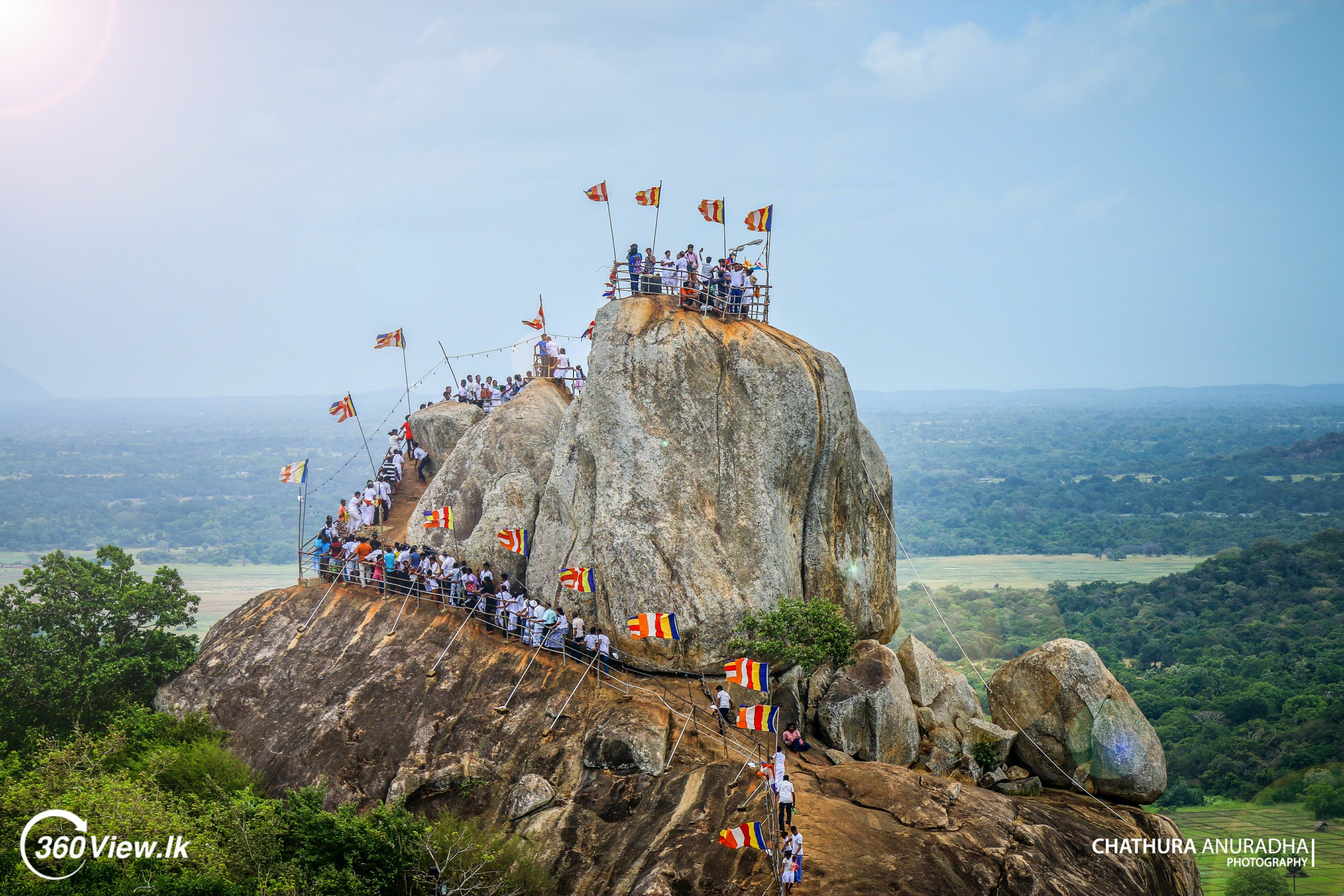 Mihinthalya is an important place in amazing Sri Lanka which is a mountain peak in Anuradhapura. It’s said to be the point of meeting between Mahinda, The Buddhist monk who arrived from India and King Devanampiyatissa. And the formed expounded the doctrine of Buddhism which was the opening point of Buddhism in Sri Lanka. Mihinthalaya is now a hallowed part of the Buddhist philosophy where pilgrims throng the site each year in June. This is due to the fact that it is believed that Mahinda arrived from India on Poson Full Moon Poya Day in the month of June. Mihinthalya is also home for many religion monuments and artifacts.

Royal leader Asoka of India was the Father of Mahinda and the former grasped Buddhism when he was inspired by a young monk named “Nigrodha”. The King saw around him how many lives were lost by his hunger for power and resultant waging of war. He was inspired by the words of such a young monk and embraced Buddhism. King Asoka was captivated by the preaching of this young monk that he renounced war. The King was influenced to spread the doctrine of peace that the destruction caused by him through his hunger for war would be neutralized.

By the King’s aforesaid actions that his son and daughter were intended as Lord Buddha’s disciplines and were enlightened as Arahats. In his efforts to spread the message of peace that the king sent his son Mahinda to Sri Lanka as it was then known which a little island was ruled at that time by his good friend King Devanampiyatissa. Hereafter Mahinda was an exclusive Indian name in Sinhalese called that “Mihindu”. When translated into Sinhala Mihinthalaya means the “Plateau of Mihindu”. One can view this plateau which is the top terrain upon a hill from where Arahat Mihindu was said to have called King Devanampiyatissa by his first name to prevent him from shooting a deer. This brings the name “Mihinthalya” to be as a Sinhala name.

From Anuradhapura City has been to reach only 12 km to the sacred place of Mihinthalaya. The sacred forest mountain that called “Missaka Pabbatha” where is situated in Mihinthale. Prior to that the Lord Buddha has visited this place as his Third Visit where was called as Missaka Pabbatha.  Being one of the sixteen placed that called Solosmasthana the Lord Buddha had visited in Sri Lanka. The Area of Mihinthale surrounds with a jungle and there is a rock boulders scattered around the mountainous area.

There are many caves which were earlier used by monks for meditation in a quite surrounding away from the main city Anuradhapura. There is an abundance of ancient stone architecture surrounding the many stupas, Monastic Complexes and Other sacred places. The Sinhalese architecture, Paintings and sculpture were a result of the Buddhism which nourished these throughout the centuries that followed. From ancient times a large number of steps were constructed to climb Mihintale. It is stated that King Devanampiyatissa constructed a Viharas and 68 caves for the Bhikkus to reside in.

At Mihinthale there gradually grew a number of Buddhist Viharas with all the dependents buildings Characteristics of monasteries that period. As a traveller, you can visit this sacred place which in in Anuradhapura Ancient City in Sri Lanka. It will be gained you much amazing view at the summit in the rock of Mihinthalaya. Actually, it is a wonderful eye catching moment everyone like to see and feel the windy on its. Let’s travel to Mihinthalaya in Anuradhapura, Sri Lanka!