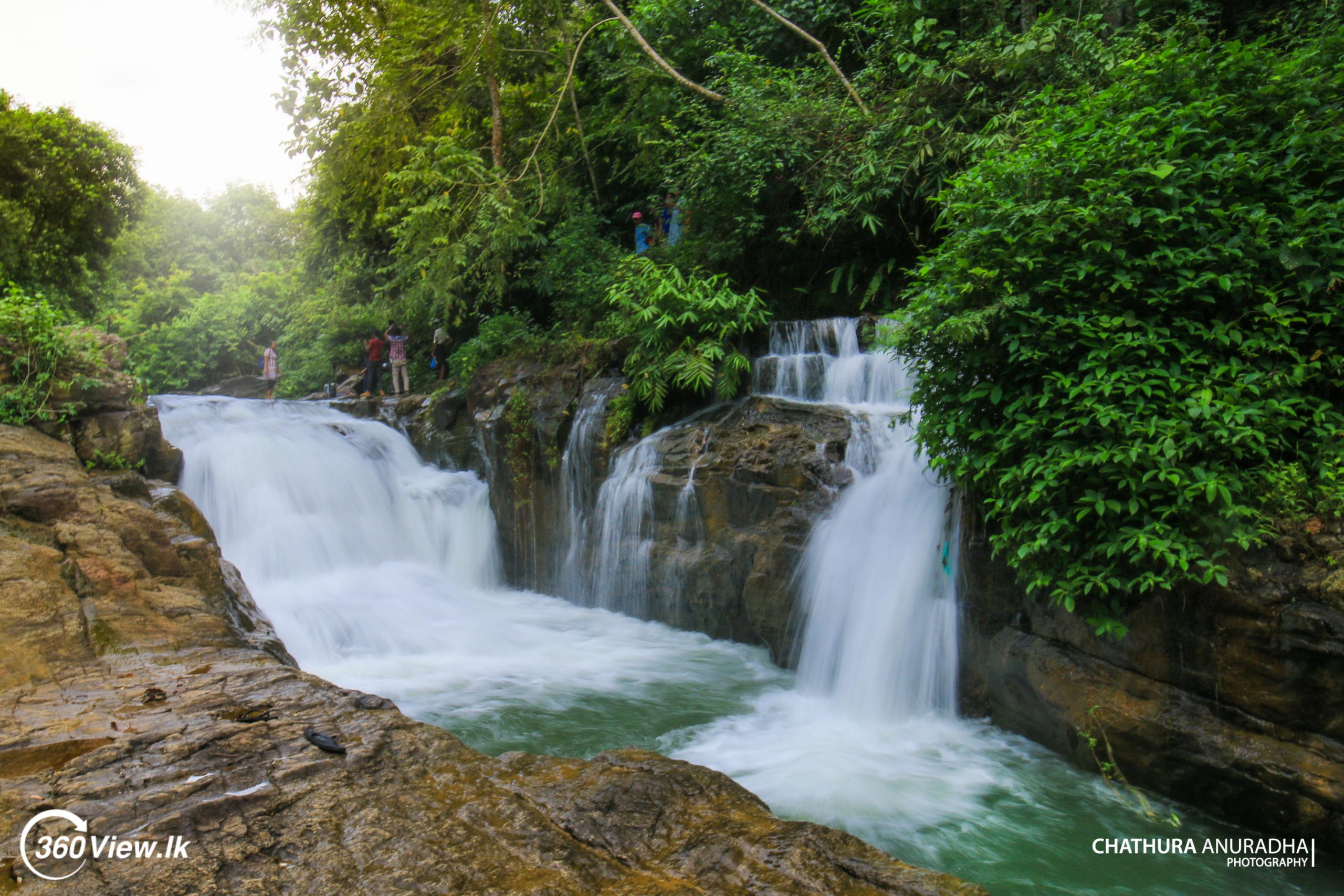 To get the waterfall one has to travel approximately 2 km along Thummodara-Puwakpitiya Road, until reaching Hewahinna Road. On turning off onto this road that runs alongside a tiny shop, travel a further half kilometer until passing a large rocky mound. The waterfall trail is just 50 m past this on the left. You will reach the waterfall after a bit a steep climb down into a little canyon.

Being one of the very few waterfalls situated within the Colombo District is Kumari Ella has been a very popular destination due to its easy accessibility. Although, quite small in size compared to other famous waterfalls found in the country. It is no less in beauty and grandeur. In the Past, this waterfall has also been known as “Lelwala Ella”. In Sinhalese, “Kumari” means princess and “Ella” means waterfall.

Kumari Ella is a good safe place for family & children around the area is clean and water is very clean. Many people visit here in every weekend. Therefore don’t dump any garbage in here. Its popularity has been tarnishing her health. Today the natural pool beneath the waterfall is as known as “Kumari Wala”. It has become quite popular as a safe bathing spot among the villages as well as the travelers.