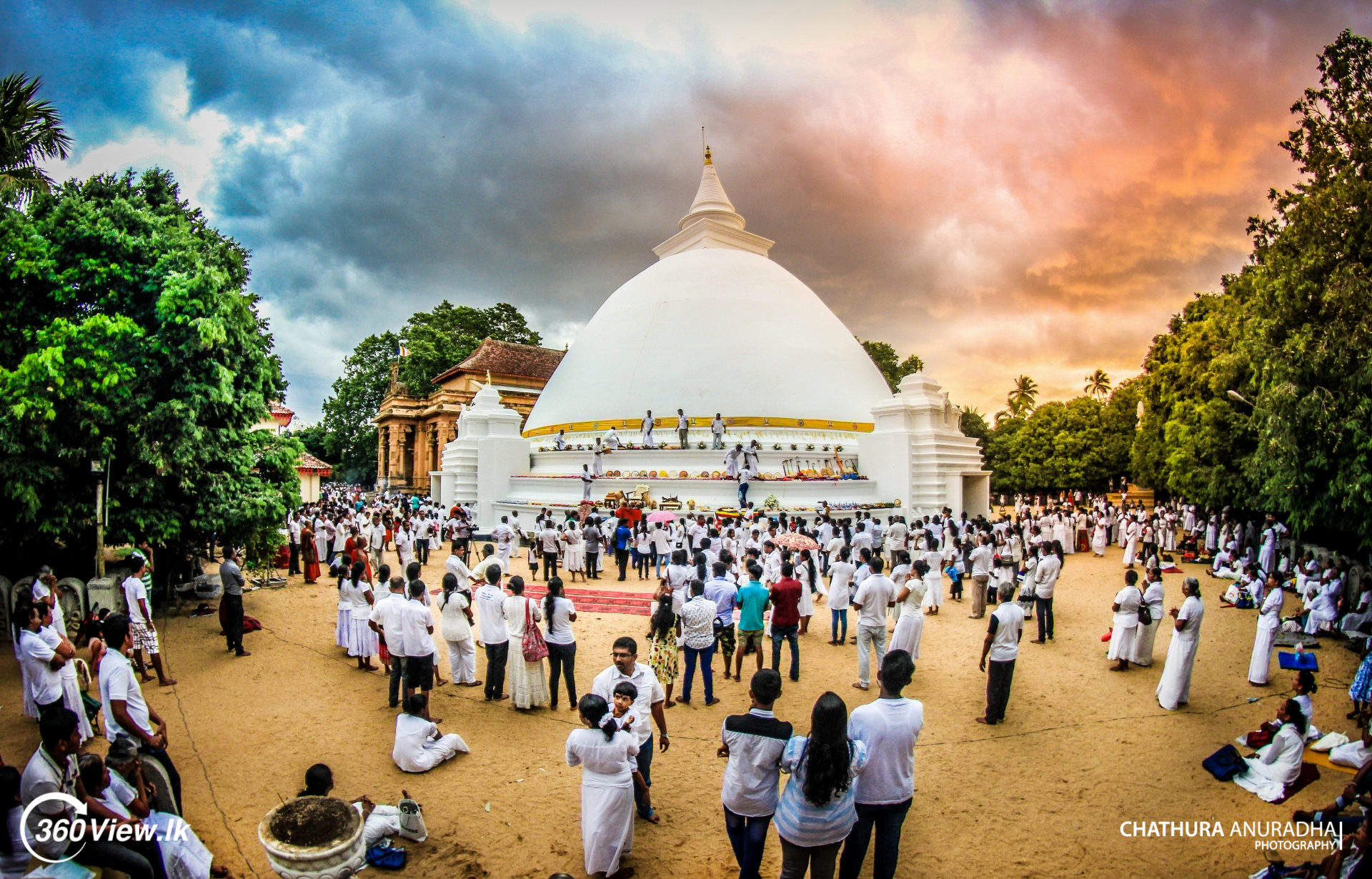 The Most Sacred Temple of Kelani Raja Maha Vihara is a Famous Buddhist Temple in Sri Lanka. It is located 12 km north-east of Colombo. The Temple has often been related with the rise and fall of Sri Lanka with the popular saying that as the Kelani Temple rose, Sri Lankan rose and as it fell the country and its administration fell. It has thus had a profound association with the political powers of the country.

Kelani Temple built on the banks of the Kelani River is one of the most sacred sites of Sri Lanka. It is supposed Buddha together with 500 Arahats visited Kelani on the Vesak day of the Buddhist Era and descriptive of the Dharma that the Buddhist guideline to the occupants of the island.

The Story of History

Buddha’s well-timed visit to the Island resulted in subduing a forthcoming war between two kings named Chulodara and Mahodara over a jewel enveloped sovereignty. Buddha having expounded the doctrine on the dubious throne offered to him ensued lasting peace between the two Kings. The great stupa built upon the site enshrining the throne was since then called Kelani Raja Maha Vihara.

The Kelani Temple believed to have been built in the era earlier to the chronologically recorded history of Sri Lanka that was modernized by Prince Uttiya, brother of King Devananpiyatissa. According to the Mahawansa, King Devananpiyatissa’s brother Uttiya modernized the vihara for the first time. Prince Uttiya also built the first ever suburban accommodations of the Buddhist monks were there. The ancient temple was destroyed time and again by the Dravidian invaders from southern India. Each time the temple had been renovated. The medieval temple was destroyed by the Portuguese and rebuilt by King Kirthi Sri Rajasingha.

The New Temple House section of Kelani Vihara is 150 feet long and 90 feet board. It positions on a stone platform 3 feet in height. The Roof is built in the Kandyan architectural style with a design of an octagon. The New temple House contains of four mage houses. The “Oth Pilima Ge” is the oldest section of the temple house a large sprawling Buddha statue and two seated Buddha Statues.

Kelani Temple is inducted “The Duruthu Perahara” since then that has been held on the pre-full moon day of the month of January every year. Each year hundreds of thousands of locals and thousands of foreign tourists gather at Kelaniya to enjoy the grand procession that features whip crackers, torch carriers, flag carriers, caparisoned elephants, dancers, trumpeters, drummers and numerous other participants.

The Kelani procession features three separate processions that of the Buddha Relics and those of the three monuments enthusiastic to the deities of Vishnu, Kataragama and Vibishana. The Duruthu Perahara attracts hundreds and thousands of people from all provinces of Sri Lanka and hundreds of foreign tourists trek their way to the temple purlieu to witness this enormous pageant.

The Kandyan Epoch paintings still in circumstances are housed in two compartments. These paintings explain the Jataka Stories that had been created to inspire qualities of consideration. On the wall also exposed a literary illustration of Buddha’s battle against the corrupting factors.

The beautiful modern paintings are done by Soliyas Mendis who exemplifies the major events of the history of Buddhism in Sri Lanka. Among the panels of painting is King Devananpiyatissa donating the Mahamega Park to Arahath Mahinda that is the congregation of monks engraving Tripitaka.

Actually, The Kelani Raja Maha Viharaya is a sacred place in Sri Lanka which has lots of story is wondering. Thus, many foreign tourists and local tourists don’t forget to visit this magnificent Temple as tourist. That journey will make you very good calm and peaceful feelings on your bottom of heart. If you‘ll visit this sacred Temple, you can also worship Lord Buddha. I think that it will be a nice journey for you that you ever got!