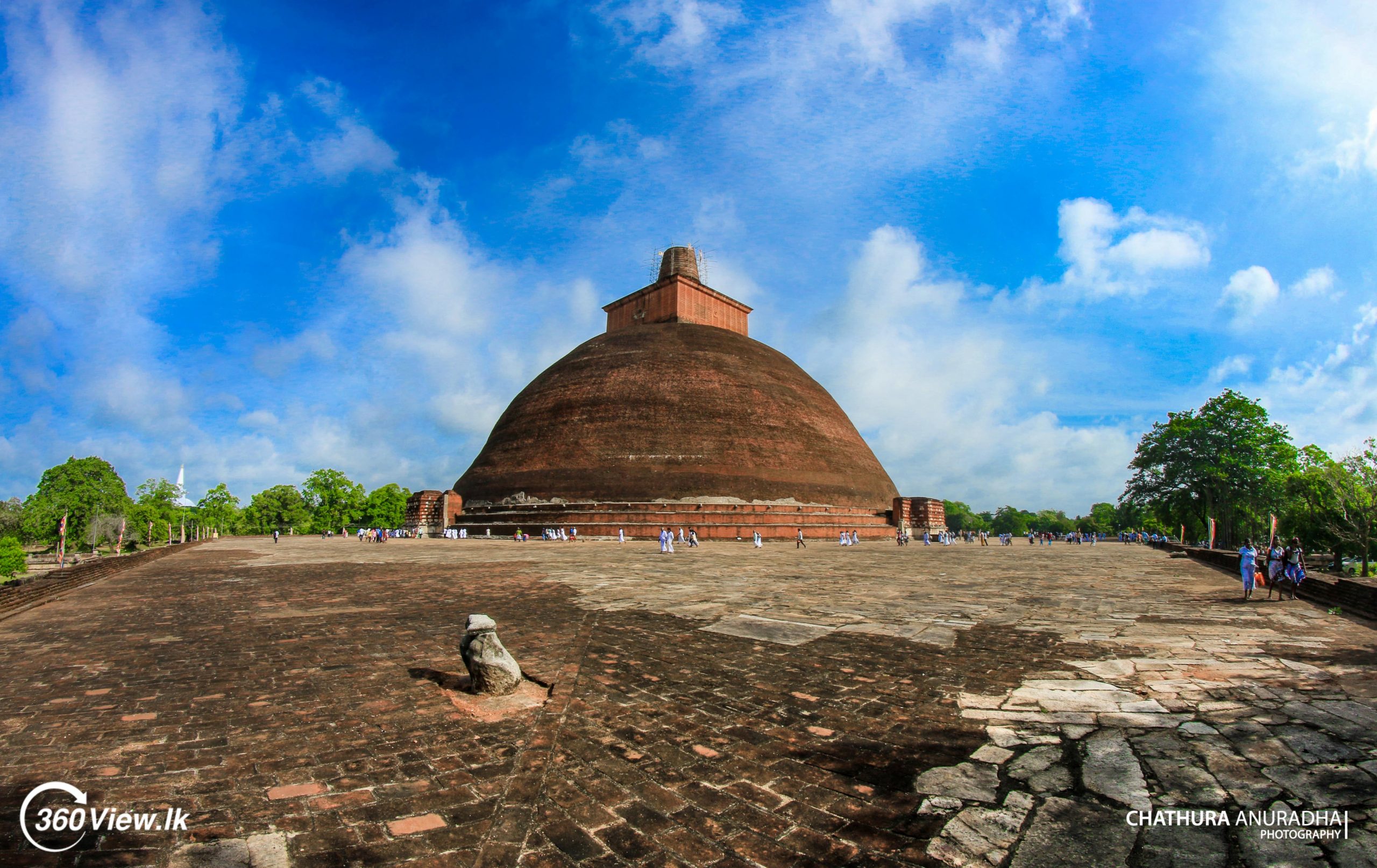 Anuradhapura, Sri Lanka is a sacred city that attracts people with its golden history and beauty. Sri Lanka owns a proud history from the ancient times. There are many places that makes Anuradhapura pleasant. Jethawanaramaya Stupa is one of those pleasant and peaceful places that will make you awe struck with its glamour and scenery. It is located in Anuradhapura at the Jethawana Vihara premises.

The most interesting facts about this place is that it is the largest brick structure (by volume) in the world, the tallest stupa in the world and the third tallest structure in the world followed by the Pyramids in Giza. Jethawanaramaya, Jethawana Vihara, Jethawanaya are other terms for this incredible stupa.

Jethawanaramaya was constructed by King Mahasen. Though, it was a monastery spread over a massive area he was unable to complete it because of the enormous size. Later on, his son, King Maghavanna completed the whole monastery and stupa and enshrined the sash or the belt which was belonged to Lord Buddha in Jethawanaramaya Stupa. This stupa has a tragic history which revolves around the disagreement over a discipline issue which was created between the Mahavihara monks and Abayagiri monks. Abayagiri monks won the heart of King Mahasen and made his mind against the Mahavihara monks. Eventually, the King forbid the people giving alms to Mahavihara monks. Later on, the Mahavihara monks went to the southern side of Sri Lanka to save their lives.

Abayagiri monks forced the King to knock down Mahavihara and build a new monastery in the premises. That newly built monastery was the Jethawanaramaya Stupa. Subsequently, when the kingdom was shifted to Polonnaruwa, it got covered by the wilderness and the place got destroyed by North Indian invaders. At that time, the ruler of the kingdom was King Parakramabhahu. He modernized the stupa with its present height in the 12th centuary.