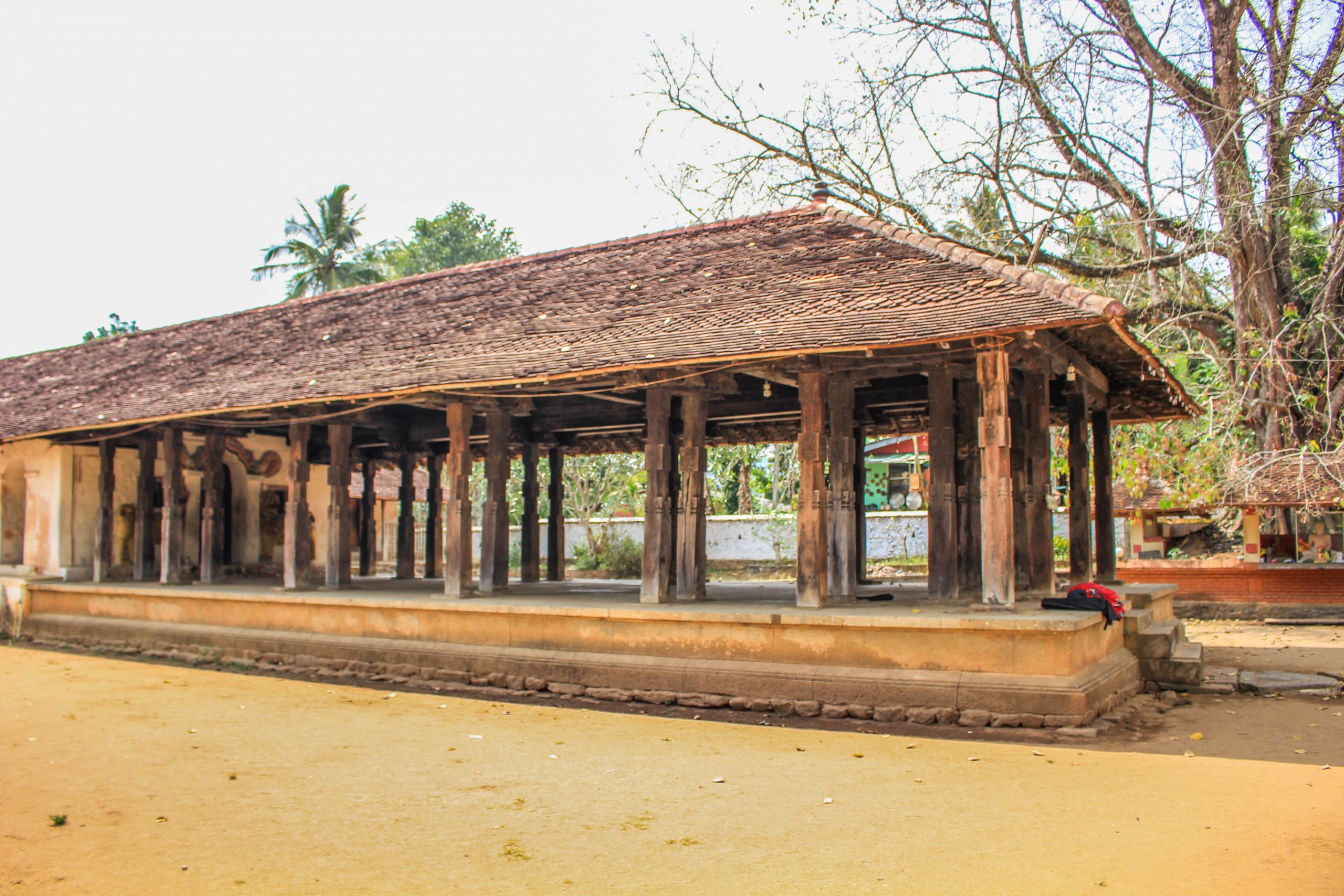 Embekka Devalaya is located in the Udu Nuwara area of the Kandy District lies a temple with a history of over six Centuries in Sri Lanka. It has a unique culture and appearance to awesome by the past men’s skills and talents of archeology. Built during the reign of King Wikremabahu ||| who ruled in the Kingdom of Gampola, the temple is covered in wood carving. The Temple and Devalaya is devoted to the god known as “Murugan” by the Hindus and “Katharagama Deity” by the Buddhists.

An ancient time that the King Vickremabahu ||| companion Henkadagala Biso Bandara woke from a strange dream in which the god appeared and asked to build a temple for him. On finding that a drummer Rangama had the same dream, they reflected it an indication and built a temple together. The Temple was imaginary to have been a three story building that inappropriately didn’t endure the consequences of times. Then the Embekka Temple and Devalaya was built like that through the Story.

The Woodcraft Temple has three main areas. There are the Sanctum Garagha, Digge (Dance hall) and the Drummer’s Hall (Hewisi Mandappaya). The Sanctum of Garagha which is internal sanctum that is the statues of the god is located. And also, The Dance Hall is demonstrative of the king’s associate Henakanda Bandara that dancing events were held in the times of the Kings. Next section is the Drummer’s Hall which is demonstrating the drummer Rangama and where musical events were held in this Hall.

However, the wooden capital pillars have expected mottled shapes moulded skillful into these complicated wood carvings. The bottom square is octagonal witth carvings while its top ends in a leaf springing from square. The other intricate is unique piece of woodcarvings rest on the Pecada. It makes the eye catching looking for this wooden creations in our ancient time in Sri Lanka. Desirable woodcarvings are also carved on some beams, rafters, doorways and doors as well. Among the best masterpieces on the capital pillars who was created entwined swans (Hansa Puttuwa), double head of Eagles and entwined rope designs, mother breast-feeding child, Soldier fighting on horseback, Female dancing figures, Women emanating from a vein, Bird with human figure etc.

All is well with the Embekka Devalaya that assumes the fact the stockade wall facing the road unwanted posters have been pasted which is a real eye-sore to the visiting tourists, particularly to foreigners. The caretakers should be alert to prevent such unwarranted posters being pasted on the wall which would ruin this historic location. Lots of Travelers are like to visit this cultural unique place in Kandy. Embekka Devalaya is very attractive place which is amazed the wow feeling through the skills of Sri Lankan Past Human. If you visit Kandy, don’t forget to visit this awesome Woodcraft Land in Sri Lanka.