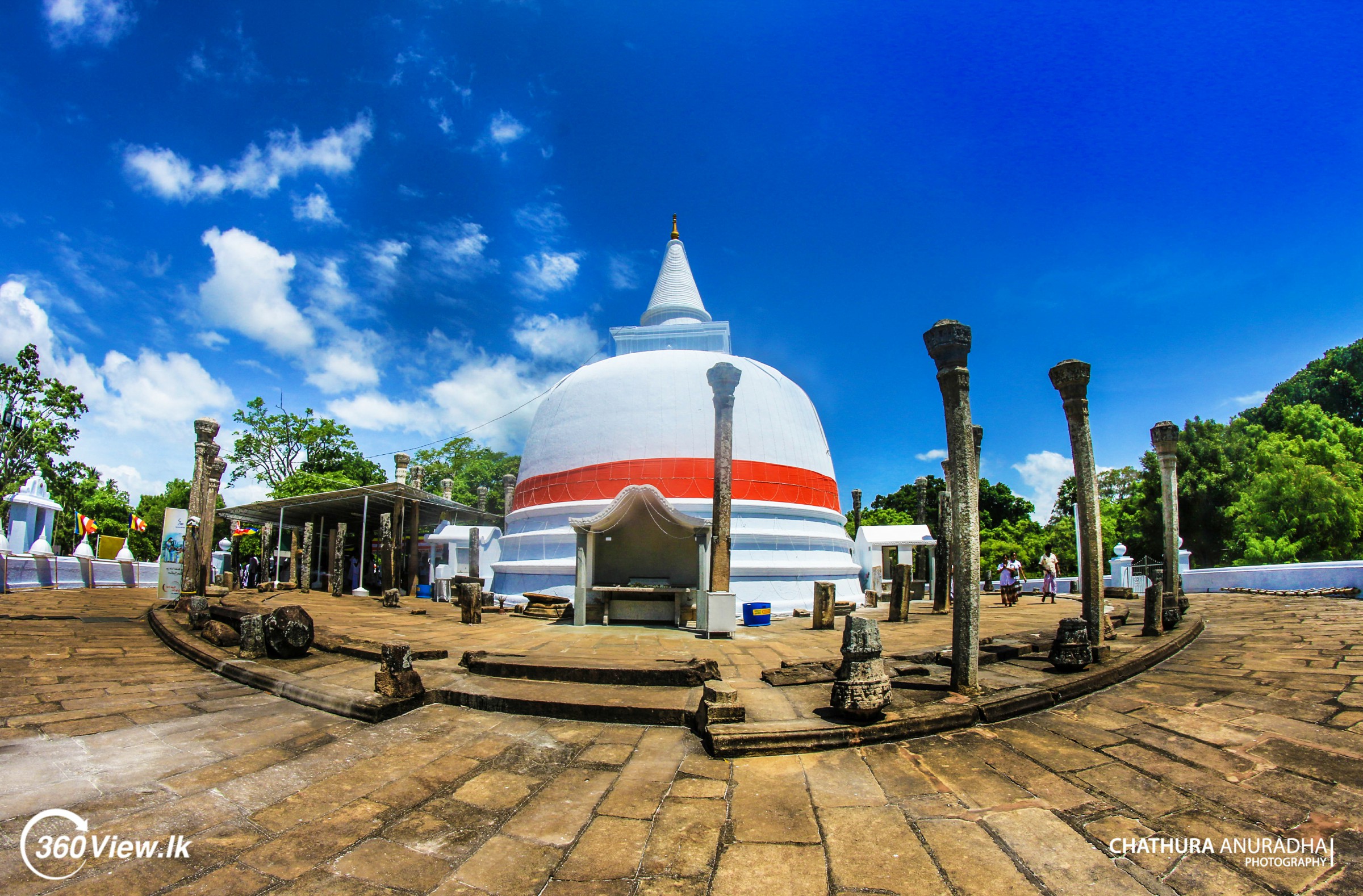 The Lankaramaya Stupa was built on the 1sy century BC by King Vattagamini Abaya. The ancient name of this temple is “Silasobbha Khandaka Cetiya”.After the defeat by the Tamil invaders on the same year he came to the throne king Walagamba has hidden in a place called” Silasobhha Khandaka” and after defeating the Tamils and regaining the throne he has built this stupa by the same name.

This stupa is similar to Thuparama which is the first stupa built after Buddhism was brought to the country in the 250 BC. This stupa too has had a magnificent vatadage surrounding the stupa. There are indications of eighty eight stone pillars have supported the roof of the vatadage. Today only few remains are out of these.

Appointed by King Valagamba of Anuradhapura is in the 1st Century BC that the Lankaramaya monastic complex contains a very well-renovated stupa among other things. The King ruled the country during an exceptionally troubled time, which is full of uncertainly thanks to South Indian invasions and revolutions by the Jain and Brahman community. They dissatisfied by the fact that the new Buddhist regime was ignoring their faiths.

Thus Valagamba the youngest sin of Saddatissa and nephew of Dutugamunu had to go into hiding with his family many times and launch sporadic attacks and quick conflictsasconflicting to actually fighting the invaders head on. He had a few chances to get back onto the throne but he ended up having to leave just as quickly whenever the invader was too powerful for him to handle.

One of his hide ways was the area known as Silasobbha Khandaka and the original name of this temple was indeed Silasobbha Khandaka Cetiya. In its prime this monastic complex must have been a true wonder with its great stupa as the centerpiece raised up on a high a high platformin a curricular courtyard of sand about 1332 feet in diameter and surrounded by a low wall. The collaborative is in its entirety includes the universal moonstones and erect guardian stones. The most compelling feature that it used to include was an eighty eight columned vatadage. Nowadays, scarcely any of the original pillars keep on even proactive building or Vatadage that one would have supported a great wooden roof. This is quite a surprise considering the sheer size of Lankaramaya. India meter the stupa is forty five feet across.

Among the features of this centerpiece are the Bo leaves carved just beneath the larger rectangle atop the body of the monuments that the Devatha Kotuwa as it is known the in the locallanguage. The leaves are still clearly visible but they are more similar to scalloped which raised ridges to the casual observer.

Beside the stupa and part of the Lankaramaya monastic complex itself is a wonder work of hydraulics which is the Elephant pond. Also known as Eth Pokuna, it is a connection between this temple and Valagamba’s masterpiece that mighty Mahayana center of Abhayagiriya which is still overgrown with vegetation. Both the Lankaramaya and Abhayagiriya monastic complexes got their water supply from this tank. Thus,it is attesting to the wonderful plumbing systems of the ancient Sri Lankans. It is 10 m deep that 50 m across and 153 long and is surrounded by a series of steps that reach into the pond. It gets is own supply from underground pipes reaching from Periyakulam Reservoir nearby and from the rain itself. However, the creation of Anuradhapura Vatadage is an interesting Place to visit Sri Lanka.